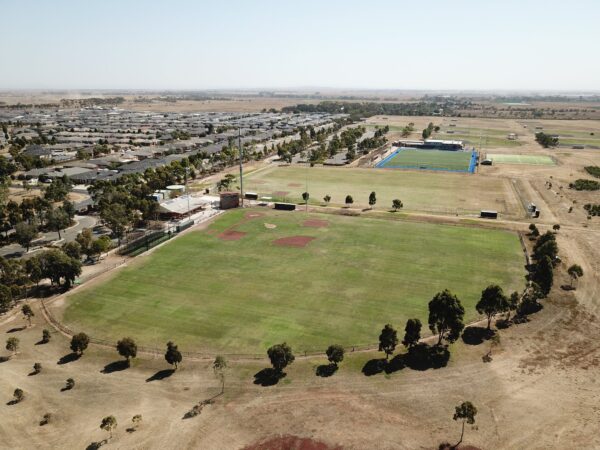 The Werribee Giants Baseball Club welcomes you and your family to Presidents Park to try out baseball for yourself. Equipment is provided and coaches will be on hand to assist in developing your skills. Beginners and first timers are welcome – no booking required.

Baseball Victoria has developed some At-Home Baseball Training: Drills and Exercises on their YouTube channel. Check out how you can try out baseball at home.

Softball Australia have created the Softball Batter Up program to help all kids learn the fundamental skills. Check out some of their videos you can try. See them here.

The History of Baseball in the Olympics

Colloquially known as a “national pastime” in the United States of America, baseball has strong participation links Latin America and Asia, and is a growing sport in Australia.

A baseball field is one of the most recognisable fields in all of sport with its unique diamond shaped field, where players face off trying to score runs by hitting pitches and rounding bases without being caught, struck out or tagged. Baseball is returning to the Olympics in Tokyo for the first time since 2008. Despite the popularity of the sport in the USA, Cuba is the most successful nation at Olympic level with a total of 5 medals. Australia won it’s first and only baseball (Men) medal so far, a silver, at Athens 2004.

The Guinness Book of Records states that the baseball game with the largest ever crowd took place in Australia. During the 1956 Melbourne Olympics there was an exhibition game between the United States and a group of Australians who had never played together before.

At Tokyo 2021 baseball will take place with a small number of teams, six, playing off in a group round, then a knockout format to determine the medals. Competition will take place between 28th July – 7th August.

The History of Softball in the Olympics

Softball will make its return to the Olympic Games in 2020 after an eight year hiatus, where the Aussies (Female) will hope to bring home their fifth consecutive Olympic medal.

Softball dates back to the late 1880’s in the United States where the sport was originally called either mushball, kittenball or indoor baseball, but by the 1920s it had acquired the name of softball.

Some key differences between softball and baseball include:

Softball is one of the most popular sports in Japan with many of the best female athletes competing in a professional league – some of the worlds best pitches can reach speeds of 100km p/hr!