Welcome to the Find your 30- Wynopoly Summer edition.

Basketball was introduced in the Olympic programme at the 1904 Games in St Louis as a demonstration event. It was only from the 1936 Olympics that it was contested as a medal event. Women first competed in basketball at the Munich 1976 Olympic Games.

As one of the world’s most popular sports, basketball commands attention from people all over the globe. This is especially in the case in the United States, where the sport was first invented in 1891 as a way for athletes to stay active indoors during the winter months.

Traditionally played with 5 players on the court, Tokyo 2020 will see the debut of 3×3 basketball, reflecting the young, urban progressive nature of the sport.

The Aussie Opals have produced the best results for Australia in basketball at the Olympic Games having won 5 consecutive medals prior to Rio 2016.

In a 3×3 game teams can either win by scoring the most points or scoring 21 points before the 10 minute timer is up.

Basketball will be a constant presence at the Tokyo Games with competition held throughout.

Where can I shoot hoops in Wyndham?

Wyndham is home to a range of community accessible basketball courts in all suburbs. Find your local park or sporting reserve here.

If you are looking for an indoor location Eagle Stadium is home to the Wyndham Basketball Association offering social, competition and skill development programs for kids and adults. Alternatively contact the WynActive team to book in a casual shooting time during the week.

Play it at Home
Wyndham Basketball Association have created a series of skill videos you can follow at home to improve your game. They are divided into age and skill groups. Check them out here. 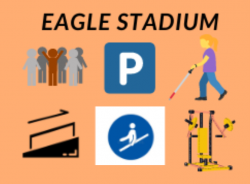 Coach Emilee, who runs the Wyndham Basketball Aussie Hoops program, takes beginner athletes through some fundamental ball handling skills you can do at home

WynActive are proud to offer facilities that are accessible for all of the Wyndham community residents, and beyond, to enjoy.

Click here to see how they have organized the centre to accommodate for all abilities:

COVID-19 UPDATE: 09/06/2021 Following today’s government announcement, Leisure facilities and gyms will remain closed across metropolitan Melbourne. In line with this, WynActive facilities will remain closed, reopening on Friday 18 June, unless otherwise advised. WynActive members will not be charged membership fees for the period of closure. Any fees paid in advance will be credited to your account. Dismiss