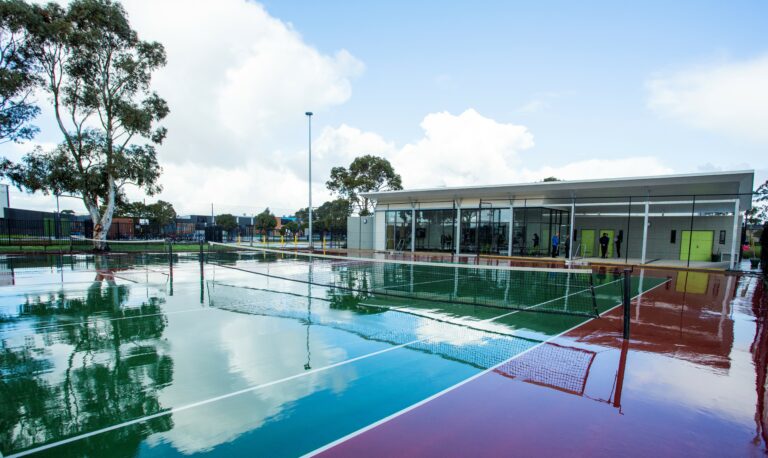 Wyndham has tennis courts available for the community to use for free.

Several of these courts are fitted with the latest Book-a-Court technology to open tennis for the local community. Check out the Community Access Tennis Courts page to locate and book a court today.

Get some creative and enjoy a modified game of tennis at home with these inspiring ideas from people playing tennis at home. Check out the videos here.

Why not “hit up” your local Tennis club for some coaching or ongoing participation opportunities. Use Wyndham City’s new Active Wyndham Map to locate your nearest tennis club and coach.

The History of Tennis in the Olympics

Tennis has a long yet mixed journey as an Olympic sport through history. When the first edition of the modern Games took place in Athens back in 1896, Tennis was one of the 10 sports included, however after the 1924 Games tennis was removed as an Olympic sport and did not return until 1988, some 64 years later!

While Tennis has traditionally been celebrated during one of the four Grand Slam tournaments held throughout the year, the Olympics has been an important career component of the world’s best players.

Australia’s Edwin Flack, the winner of the 800m and 1500m athletics titles in 1896, also played in doubles tennis at those Olympics. His partner was an Englishman, George Robertson and the pair won bronze.

At Tokyo athletes will complete in one of five events – male & female singles, male & female doubles and mixed doubles. All matches will be completed on a hardcourt surface. Tennis will take place between 24th July to 1st August.

Wheelchair Tennis is will take place at the Tokyo Paralympics later in August with athletes completing in male & female singles and quad. Dylan Alcott from Australia won the Quad Singles at the last Games in Rio de Janeiro and is someone to look out for in Tokyo.