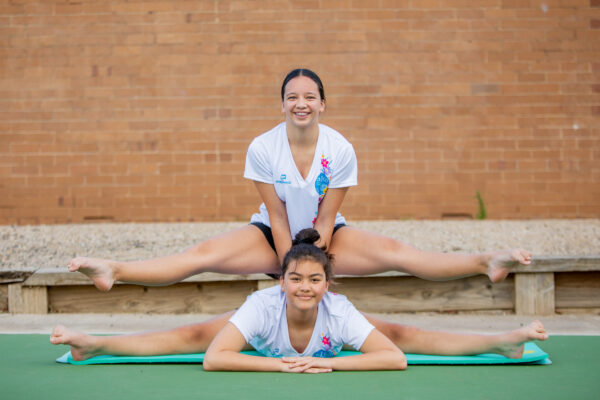 Check out the new Activity Cards from WynActive & Wyndham City. There are bodyweight workouts for Kids, Youth, Adults & Seniors that incorporate basic gymnastics movements. Perfect for your local park or at home. You can see them here.

Join Wyndham’s Free Multi Sport Fun afternoon on Sunday 25th July, where you can take part in lots of activities including Gymnastics with Werribee Gymnastics. All event attendees must book a ticket for their arrival time, children must be accompanied by an individual aged 16 or over. For more information and to book please go to: Free Multi-Sport Fun Afternoon.

Gymnastics Victoria have also put together a Fitness at Home video series you can follow anytime.

Looking to improve your strength, balance, agility and power with bodyweight and gymnastics movement? Chat to a WynActive Health & Fitness team member who will be able to write you a personalised program.

Get Involved with Wheel Gymnastics ongoing at Eagle Stadium. There are kids and adult trial classes you can join in. Book here.

The History of Gymnastics in the Olympics

The sport of Gymnastics dates back to ancient Greece and with Olympic athletes competing in three different divisions – artistic (performed on apparatus), rhythmic (performed on the floor with handled apparatus) and trampoline.

Often lauded for their incredible feats of strength, agility, balance, power and grace, gymnastics has been contested at every modern Olympic Games since Athens 1896, with women first competing at the 1928 Games. Many of the world’s greatest gymnasts have come from eastern Europe, however Simone Biles, the most decorated female athlete ever and arguably the greatest athlete of all time originates from the USA.

Australia has never won a medal in artistic or rhythmic gymnastics, how “Jumping Ji” Wallace won Australia’s first ever Olympic medal in the trampoline event at Sydney 2000, a silver medal.

Trampolines were originally used to help train astronauts and pilots, with the first trampoline world championship held in 1964.

The gymnastics is certainly a highlight on every Olympic Games calendar so find a time to tune in to witness the world’s best compete in Tokyo.

While most of us will never match the amazing moves of Olympic athletes, there are basic and modified bodyweight gymnastics movements anyone can try at home, in the park or at a gym to improve their strength, balance, agility and power.